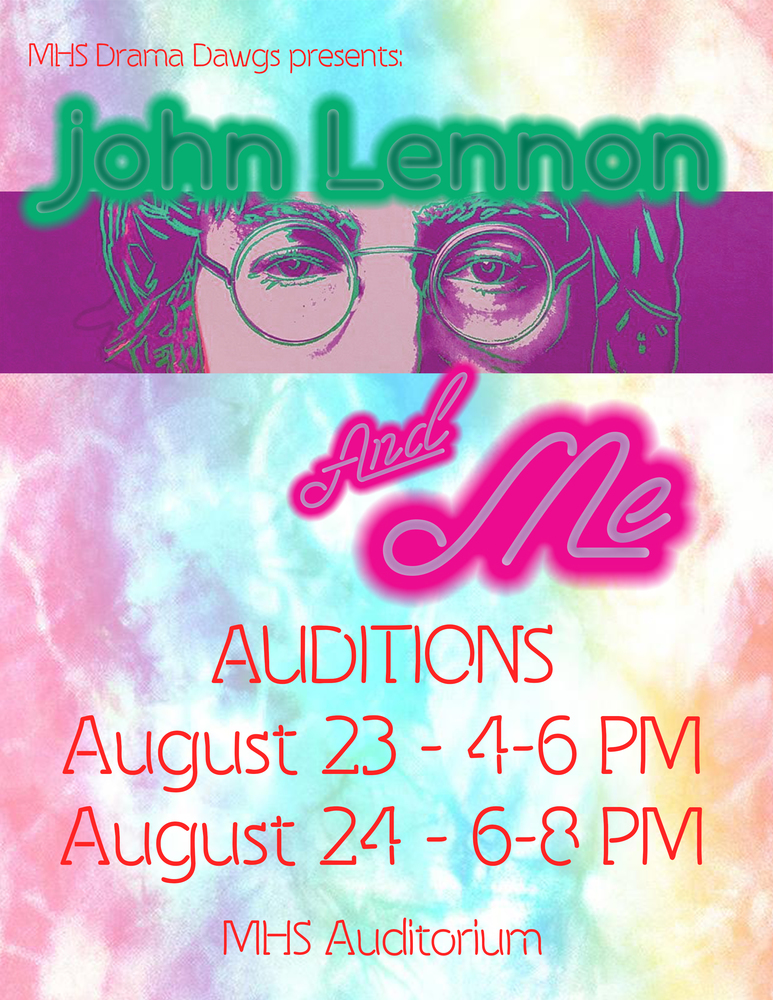 This is information regarding auditions for the MHS Drama Dawgs' fall play, John Lennon and Me!  Auditions will be held on Monday, August 23 from 4-6 PM and Tuesday, August 24 from 6-8 PM in the auditorium.  All students in grades 7-12 are welcomed to participate!  Come and join us for a great time this fall!!  Get involved! Questions?  Come see Ms. Wolfe in Room 423!

John Lennon & Me is about a terminally ill young girl who is in a hospital for sick kids.
Star, a passionate Beatles fan and Hollywood-wannabe, is creating the best life she
can while battling cystic fibrosis, an inherited disease that assures a young death. She
spends most of her time in the hospital, where she confronts fate with imagination and
a hopeful spirit. When given a new roommate, Star welcomes Courtney – her exact
opposite – a pretty cheerleader who seems quite healthy and is extremely uncomfortable with her new surroundings. However, Star is torn between seeking the friendship
she craves and staying true to herself. Neither girl knows much about the other's
world, but eventually they come to understand each other and, ultimately, find strength
in their differences.