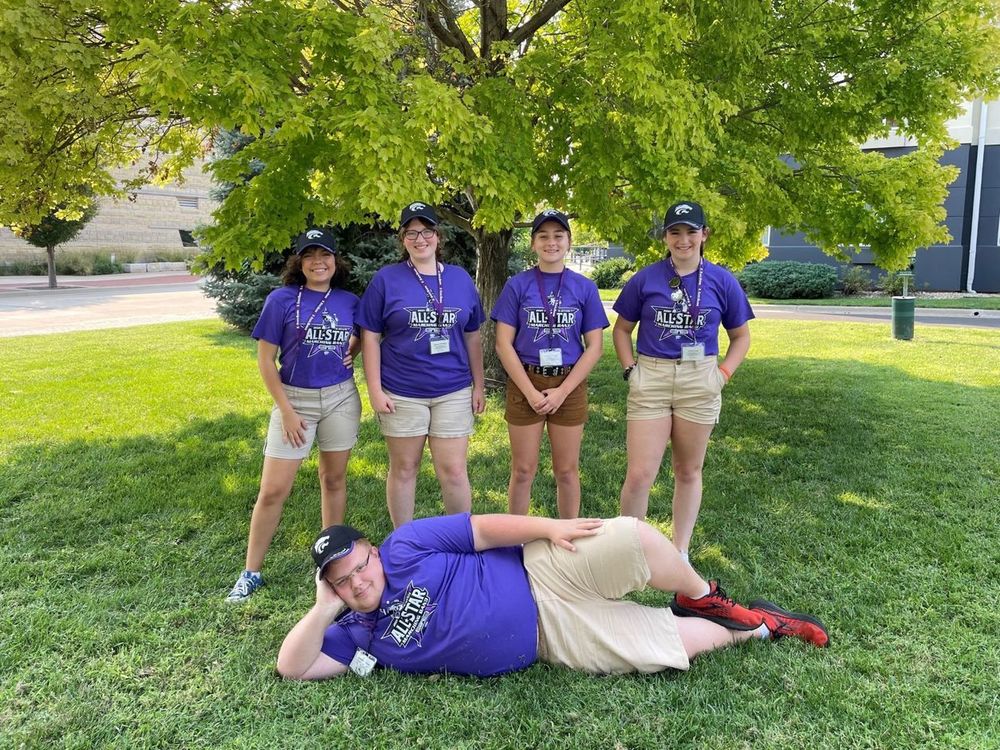 The following Marysville High School marching band members were selected to the Kansas State University All Star Marching Band: Allison Dierking, alto sax; Pamela Richardson, clarinet; Jackie Cook, clarinet; Brendan Lyhane, tuba; and Kaydence Throm, trombone. They traveled to Manhattan after school on Friday, September 10 and rehearsed with the Pride until 10 P.M. On Saturday afternoon, they were at it again in Bill Snyder Family Stadium. The All Star Band, made up of 130 of the state’s best high school musicians, performed “Seven Nation Army” by themselves to begin the half-time show. Then the college students joined them for “Open Arms.” Finally, the Alumni band joined them to make over 600 players on the field for “Summon the Heroes,” which was to honor the first responders and remember the 20 th anniversary of 9/11. They finished with the “Wabash Cannonball” and “Wildcat Victory.” After half, the students were able to sit in the band section and play and cheer along in the stands. This was an amazing experience for the students, and gave them a great picture of what being a college band student is really like.